The Organization For Black Struggle 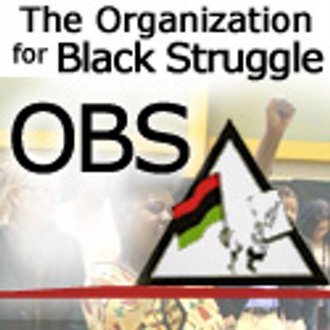 THE ORGANIZATION FOR BLACK STRUGGLE was founded in 1980 by activists, students, union organizers and other community members in order to fill a vacuum left by the assaults on the Black Power Movement.

OUR VISION: To contribute to the creation of a society free of all forms of exploitation and oppression.

OUR MISSION: To build a movement that fights for political empowerment, economic justice and the cultural dignity of the African-American community, especially the Black working class.

OUR PROGRAM: Our program is based upon the Black Freedom Agenda that was introduced at the founding of the Black Radical Congress in 1998 and ratified in 1999.  (Download full Freedom Agenda here.)