Artiles has gotta go! Tell FL Senator who used N-word to describe colleagues to step down 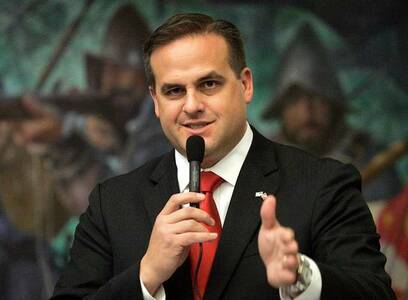 Your conduct is disgraceful to your district, the State of Florida and the State Senate. You must resign immediately..

Various news sources are reporting that Miami Republican Sen. Frank Artiles has once again been using disgracing and hateful language, this time to his colleagues. In a private conversation on Monday, choice words included calling Senator Audrey Gibson a “fucking asshole,” a “bitch” and a “girl,” while explaining that he had criticized her bills in a committee hearing as an act of political retribution. He also dropped the n-word to describe other members of the Senate.

This is not the first incident involving Senator Artiles who in 2015 was accused of punching a college student in the face at a bar only a few doors down from where this most recent incident occurred.He was also recorded in August of 2014 talking about the extermination of "hajis."

This type of misogynistic and racist vitriol is unacceptable behavior for anyone, especially someone charged with representing the best wishes of the people of Florida.

State Senator Artiles should resign immediately as he has clearly demonstrated he is unfit to lead.