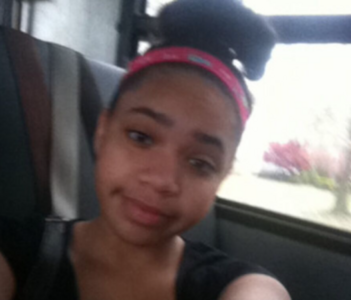 Drop all charges against Bresha Meadows & release her immediately!

Bresha Meadows is a child survivor of domestic violence who just turned 15 while incarcerated at the Trumbull County Ohio Juvenile Detention Center. Bresha is charged with aggravated murder for defending herself, and her family from a father who had a long history of abusing them. We demand that the Trumbull County Ohio Prosecutor’s office drop all charges against Bresha Meadows and release her immediately.

Like Bresha, an estimated 15.5 million children in the U.S. are exposed to domestic violence each year. Girls and women incarcerated for actions taken in self-defense are disproportionately Black. 84% of girls incarcerated in the US experience family-based violence prior to being criminalized. Three women are killed per day in the US by a current or former partner, and 75% of these women are killed within hours, days or weeks after attempting to escape the abuse. Bresha’s father was also five times more likely to kill his victims because he owned a gun. Criminalizing Bresha in this context sends a harmful message to survivors and their children—that even in the most desperate of situations, they will be punished instead of helped.

Bresha is living at the intersection of domestic and state violence, both of which deny children the experience of childhood. The criminal punishment system does not view Black children as children. In 2006, Black youth represented 43% of all youth detained in the US juvenile system. Black youth are disproportionately arrested and face a 40% higher chance of pre-trial detention than white youth. White youth are 50% more likely than Black youth to be offered alternatives to incarceration. Black youth are disproportionately transferred to the adult system where they also face aggressive prosecution. In 2002, Black youth were sent to adult prison at nine times the rate of white youth.

As a child impacted by extreme violence, Bresha needs a safe and supportive environment to heal and rebuild. Bresha should be released immediately and not have to endure the re-traumatization of prosecution and incarceration. If Bresha is tried as a youth, she risks rampant abuses in the juvenile system, including a high chance of isolation in solitary confinement. If Bresha is tried as an adult, she risks direct transfer to an adult prison in Ohio. Young people incarcerated in adult prisons face horrifying rates of sexual and physical violence. If convicted as an adult, she faces the possibility of spending the rest of her life in prison. Even if Bresha is acquitted of all charges, once she’s prosecuted as an adult, any future charges will track her into the adult system.

In developing responses to domestic violence, federal, state, and local governments have invested in criminalization and punishment rather than resources that would protect survivors and offer ways out of abusive relationships. Bresha is bearing the burden of these poor choices and investments. She made multiple desperate pleas for help throughout her young life. Despite her best efforts, Bresha could not find an alternative to keep her family and herself safe. We must stop punishing people who survive abuse and offer real alternatives for safety from violence.

We will hand deliver signatures to the prosecutor's office.

15-year-old domestic violence survivor, Bresha Meadows, has been forced by Ohio prosecutors to submit to a plea deal that would keep her in juvenile detention for a full year (which includes 10 months of time served) and an additional 6 months of incarceration in a “treatment facility.” Though an earlier version of the plea deal would have released Bresha to the “treatment facility” today, the final plea deal has increased Bresha’s time in juvenile detention for another two months. Prosecuting Bresha, including the pointless punitivity of adding time in juvenile detention, should be condemned by all who care about the well-being of children. As we said in our May 8th statement, the #FreeBresha campaign will continue to push for Bresha’s freedom until she is truly free. We ask all who support her to do the same.
Full statement: https://freebresha.wordpress.com/2017/05/22/statement-on-bresha-meadows-plea-deal/