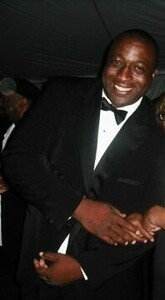 It’s been almost 6 years since Eric’s death at the hands of police, and we are still witnessing police using chokeholds, and other forms of deadly violence against our people with no consequences for law enforcement.

Eric was confronted by police for selling loose cigarettes on the street. An instance that should’ve required no more than a verbal interaction quickly and inexplicably escalated to my son being placed under arrest and a deadly chokehold was used to subdue him. My son was asthmatic and repeatedly begged officers to release him proclaiming “I can’t breathe”. Despite my son’s pleas, he lost consciousness under the chokehold and laid motionless on the ground for 7 minutes until an ambulance arrived. An hour later, my son was pronounced dead after suffering a heart attack on the way to the hospital.

From Elijah McClain to George Floyd, we are still seeing that although laws have passed to protect our citizens from police brutality and deadly force, we are still subject to racist and harmful actions that disproportionately impact black and brown people. Countless names and lives deserve proper recognition and honor.

I want my son to be remembered and honored on his birthday, September 15th to celebrate his life and also to highlight a moment of joy that he could’ve experienced every year if he were alive today. With the passing of Eric Garner Day, it is our hope that our community will collectively take a moment to remember what Eric’s death meant to the nation and how it shifted the conversation on harmful police practices.

Schools should recognize the day as an avenue to have important conversations about racial profiling and police brutality. The conversation should continue and be recognized yearly to remind us that we have no choice but to move forward and never go back. Join me in telling the New York City Council to make September 15th Eric Garner Day.

We will be organizing vigils/celebrations nationwide on Eric Garner's Birthday on September 15th to raise awareness on the issue. Petition delivery date is TBA.