Michigan Republicans: The election is over. Stop undermining the results. 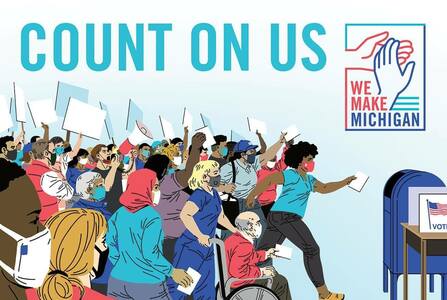 The election is over. Joe Biden is our President-elect and Kamala Harris is our Vice President-elect. We know the work isn’t over and our fight to build a better Michigan will continue well beyond this election.

But despite votes being finalized in Michigan, there are some legislators that are attempting to undermine our election. Just over the weekend, the Oversight Committee held a hearing to try to prolong the process.

It’s our votes that decide the election result. And our elections officials worked to bring us the results in a timely manner. It’s critical that our legislators stand with the will of the people and prevent attempts to prolong the process.

Elected officials need to hear from us directly about how important it is to respect the democratic process. The votes have been counted fairly and according to the law. The decision of the people needs to be respected.