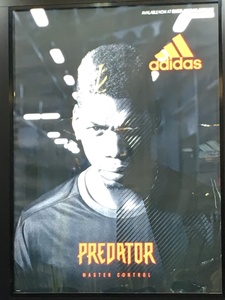 Adidas must stop buying into and propagating racist messages through their advertisements.

This is important because this contributes to racial stereotypes and racial bias found throughout the world. This continues to spread the false message that black men are dangerous due to their inherent nature, and says that black men are inferior to other races, especially to white people. This advertisement sends the message that black men are a danger to society and that they must control themselves in order to be “normal”. Historically, this has been said of black men-that they are violent predators (especially of white women), and because of this, people tend to have more fear when walking down the street and encountering a black man. This is why people are more defensive and and tend to react more violently when they believe, falsely or not, that a black man is a threat to themselves. This was seen in the George Zimmerman case, and has been seen in many cases of police brutality across the country. I saw this sign in Hong Kong just last week, but have not seen it where I live in the US, and this may be because they do not think people in Hong Kong would care about something like this or notice. While Adidas is a German company, they still have a lot of influence here in the US and, I am assuming, around the world. While historically this has been the portrayal of African American men in the US specifically, this same racial stereotyping and bias occurs throughout the world, and this kind of advertising needs to stop.