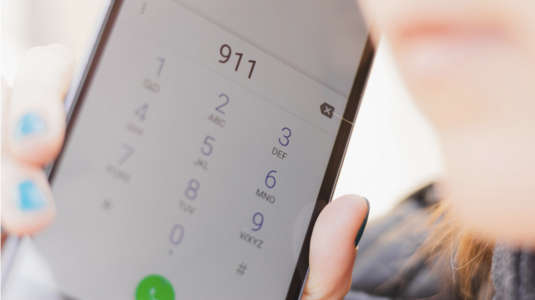 There were eight police cars surrounding my house, guns drawn on September 11, 2020. They had come faster than thought. Faster than a white man’s tight pursed lips could put a period to his lie. This man with his posse of 4 had called 911 and said I had pulled a gun on him. Within minutes, sirens were blazing and a police officer called, ordering me to step outside. I do not own a gun. I have never even held a gun. I was teaching a writing class on Zoom.

Bringing armed people to anyone’s doorstep will escalate a situation exponentially. But in a society where law enforcement has a long-standing history of violence towards Black people, calling 911 to settle a vendetta becomes more than a spectacle- it’s a recklessly aggressive act of endangerment. One that should hold consequences.

Like millions of people in America I have been impacted financially by the pandemic. I’m a professional writer, and like artists and arts organizations, I’ve taken a major hit and was grateful for the rent moratorium offered in Los Angeles. He attempted to enter my home without proper notification. When I said no he decided to take my life into his hands.

Governor Gavin Newsom has not yet signed AB1775, similar to the (Caution Against Racially Exploitative Non-Emergencies CAREN Act.) AB1775 would make it unlawful to make false emergency claims that are RACIALLY BIASED.

That day, three beautiful black women saved my life. Tchaiko Omawale, an electric filmmaker and writer, hair black and neon cloud blue—a new mama to Flame, to whom we are all Zoom Aunties. Tonya Pinkins, in Seoul, Korea editing a film, a renaissance warrioress, Tony award-winning actress, writer, firebrand activist and Franki Cox my sister-friend, Godmother to my daughter, mama, writer with a vibrant soaring talent. They all watched on Zoom as I explained these men had come to my door. I considered calling the police. I heard a siren. They were watching…witnessing as the police officer called to tell me my home was surrounded. He told me my landlord had told them I had pulled a gun on him and the police “took that sort of thing seriously.”

When they ordered me to go outside, all of my sisters on Zoom, a quilted patchwork of brown and tan women, terror in their eyes, mouths opens, heads shaking screamed at me, “Noooo! Noooo! Do not go outside!”
The policeman asked sharply, “How many people are in there with you?”
“Just me…and my class on Zoom.”
Did that stop them? The idea of killing me with a screen filled with people watching. Was it being recorded they may have wondered?

Walking back and forth, afraid any moment they would burst in the door. They asked to come in. I said, with the help of my sisters…NO! A black woman said no. I kept saying no. Guns around my house. I said no.

They stayed. They stayed outside. They took a false police report as my girlfriend La Tina Jackson walked to my door and bravely entered. She walks with authority and grace. Their eyes on her. She was afraid I was dead. She was afraid I'd be shot. 5 black women against an ocean of blue and 4 white accusers. Eventually they left.

In California as is true in the US as a whole, black people are more likely to have an encounter with police officers and are more likely to have firearms pointed at us by the police. We’re more likely to be detained, handcuffed and searched even though the police are less likely to find illegal drugs, weapons, or contraband on Black, Latinx and Indigenous people than when they search white people. We are only 9% of the population here, and yet we account for nearly a third of all police stops in Los Angeles, where I live.

At any given moment someone could be calling 911 as an act of aggressive patrolling of Black lives and bodies. No one should ever have to be afraid in their own home. We shouldn’t have to be afraid to go birdwatching, sit out in the sun, play golf, go for a jog, teaching a writing class or any number of things that we may do to find joy or merely live everyday life.

Why has Gavin Newsom not signed this Act that was already passed by the House and the Senate? Why has he not signed a piece of legislation that could curb the weaponizing of 911 community services? HE HAS UNTIL SEPTEMBER 30TH TO SIGN. DEMAND HE DO SO TODAY!