To: City Council of Chicago 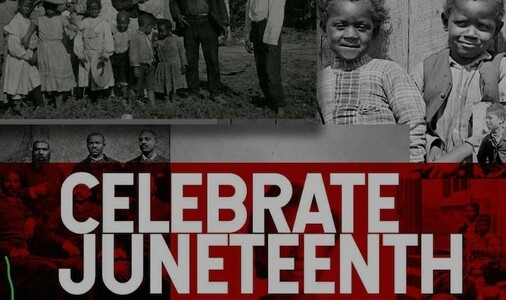 As Americans, we have a duty to challenge the systems of oppression that dehumanized our ancestors and continue to oppress us today. We have a responsibility to know our history and to educate our youth on the history they’ve inherited. This is why recognizing Juneteenth as an official holiday is a critical and worthy fight for us today.

Juneteenth (June 19th) is a commemoration of the liberation of formerly enslaved Black people in the United States. The holiday was created in remembrance of June 19, 1865, the day that some of the last set of Black enslaved people in Galveston, Texas received the news of their emancipation. Many Black Americans prefer to celebrate Juneteenth over July 4th.

Currently, the third Saturday in June is reserved for Juneteenth in Illinois. This recognition is limited in scope and acknowledgment. Because of this limited recognition, Juneteenth is not widely celebrated in Chicago, a city founded by Jean-Baptist-Point DuSable--a Black man.

On November 20, 2019, Alderwoman Maria Hadden of Chicago's 49th Ward introduced Juneteenth legislation. 40 of the city's 50 Aldermen signed on. However, there have been questions around the cost of making the holiday official.

Sign this petition and let the city of Chicago know that you want Juneteenth (June 19th) to be recognized as an official holiday.

On Tuesday, November 24, 2020, the City Council of Chicago designated Juneteenth as a day of observance. Through this measure, the city will now recognize Juneteenth on its calendar. However, city workers will not receive a day off or holiday pay.

The Black Remembrance Project celebrates this milestone but vows to continue to fight! This petition and campaign will remain active until Juneteenth achieves the same full holiday status as other holidays.

Please help us WIN by sharing our petition! If you would like to volunteer or offer direct support, reach out to [email protected]

To read more about the Juneteenth observance day, check out this article:
https://blockclubchicago.org/2020/11/25/chicago-makes-juneteenth-day-of-observance-but-activists-continue-to-seek-official-city-holiday-status/

It's been one month since Governor Pritzker publicly stated that he would make June 19th a holiday. The Illinois Juneteenth Committee which includes the Black Remembrance Project of Chicago and other serious Juneteenth organizers from across the state was initiated to follow up with the governor and hold him to his word. Yesterday, the Illinois Juneteenth Committee hosted a Facebook Live video discussion to acknowledge statewide Juneteenth efforts.  Check out our video here:

Hey supporters!
We've made so much progress with our Chicago Juneteenth Campaign since we've launched this petition. This week we will be celebrating Juneteenth and continuing to apply pressure to Chicago's City Council who will likely bring up Juneteenth legislation, during their council meeting tomorrow.

Please help us apply pressure by...
1. Sharing our petition using the URL: www.rememberjuneteenth.com

2. Participating in our "Juneteenth Caravan March" on Friday, June 19th. The caravan march will begin on Kildare Ave and Washington Blvd. on Chicago's Westside at 3 PM sharp and will stop at the A. Philip Randolph Pullman Porter Museum on 10406 S Maryland Ave, Chicago, IL 60628

The Abolition Institute is honoring the Black Remembrance Project and Alderwoman Maria Hadden for our efforts around the Chicago Juneteenth ordinance on Wednesday, February 12, 2020, from 5:30 PM to 8:30 PM at Stone Temple Baptist Church at 3622 West Douglas Boulevard, Chicago, IL

The award ceremony is FREE and open to the public! Please come out and join us!

Here’s a link to the event: http://www.stoppingslavery.org/boilil2020.html