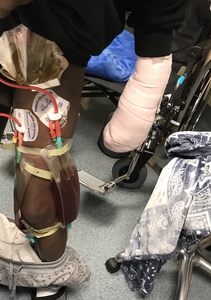 Release the evidence i.e. Police reports, video surveillance, 911 calls, the name of the officer involved and hold him accountable for his actions.