Majority Black Community Being Denied the Right to Vote 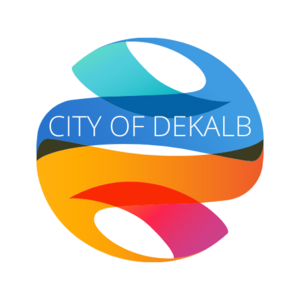 We, The DeKalb Cityhood Movement (DCM), are members of a larger collection of community members in unincorporated DeKalb County, Georgia that are interested in forming a city in southern DeKalb.

We began our efforts in 2014. Our first bill to sponsor a city was introduced in 2015. We have been persistently and actively engaged for 8 years. During that time we continued to meet all the requirements for southern DeKalb residents to get a bill sponsored so that all residents in the proposed city's footprint can vote whether they want cityhood or not.

Citizens of every other new city initiative have had an opportunity to vote up or down on a municipal incorporation referendum EXCEPT citizens in southern DeKalb County. Since the laws changed in 2000, there is no effort to form a city that hasn't been approved.

We are asking you as representatives of the people of southern DeKalb to sponsor a cityhood bill that would allow us to vote whether we want cityhood or not. There is passionate debate on both sides of this and a referendum would allow the people to show their approval or disapproval at the ballot box.

Many of the supporters of cityhood in southern DeKalb County are long-term residents, moving into the community when it was one of the most desirable communities in metro Atlanta. A community where Black residents would soon get the reputation of being the second-wealthiest in the nation. After decades of growth, the community began changing. Commercial development dried up, housing values stayed flat after many post-Great Recession home values rose in other communities, development, and buzz increasingly went to north DeKalb and the county didn’t seem to have many solutions. We, the supporters of cityhood for southern DeKalb, believe cityhood is a viable option for our sprawling community. We believe that having more local control over how tax dollars are spent and controlling zoning decisions and code enforcement, is a better option than continuing down the same path as we have for decades. We want to go forward into the future glory days where we can be proud of where we live… again!

Please sign this petition in support of a cityhood referendum in southern DeKalb County, Georgia.