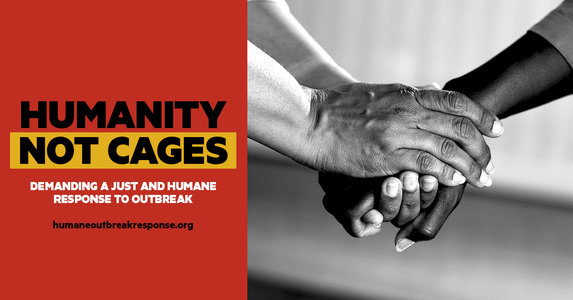 As the COVID-19 crisis deepens, more than 700 people being held in close quarters at the Forsyth County Law Enforcement Detention Center face a severe risk of contracting and spreading the infection. Most of them have not had a trial—and won't have one anytime soon. By order of North Carolina Supreme Court Chief Justice Cheri Beasley, their legal proceedings have been delayed until April 20, 2020 at the earliest, leaving them languishing in jail without legal redress during a national crisis.

"Pre-trial detention and money bail already have hugely negative effects on individuals, families, and communities," says Julie Brady, president of the Forsyth County Community Bail Fund and a law student at Wake Forest University. "The spread of COVID-19 within the jail would be disastrous to those inside and out, physically, emotionally, and financially, in addition to overloading an already taxed-to-the-limit healthcare system."

The Forsyth County Community Bail Fund and allies are calling for the immediate release of everyone being held pre-trial on a secured bond at the Forsyth County Law Enforcement Detention Center, located at 201 N Church St. in Winston-Salem, unless the person poses an immediate threat of significant physical injury to a specific person. "If someone is incarcerated pre-trial, it's almost always because they simply can't afford to pay the bail amount," Brady said. "Holding people in jail because they cannot pay their way out in the middle of a public health crisis is unsafe and unjust.” The CBF also calls for the release of people who are post-conviction, specifically those who are 65 or older, have 6 months or less on their sentence, have other health conditions that make them vulnerable to COVID-19, and do not pose a public safety risk.

Even though public visitation has been suspended at the LEDC, all people incarcerated are still at high risk for infection due to their close-quarters living situation. Any guard, other staff, or newly processed detainee could potentially introduce the virus into the population, where it would rapidly spread. Staff members and at least one person incarcerated at multiple prisons in other states already tested positive for COVID-19. It is only a matter of time before it reaches the LEDC as well. Drastically reducing the jail population will limit the harm COVID-19 is able to cause. This is especially true when it comes to those already vulnerable—the elderly and those with compromised immune systems.

The longer the jail continues to house people, the greater the risk grows to those individuals, their attorneys, their families, LEDC staff, and the community at large. Measures such as visitation lockdowns and segregation are not likely to be effective. The daily churn of potentially asymptomatic people—both incarcerated and employed—in and out of the jail will facilitate the spread of COVID-19 within the jail and the community at large. The fewer people present in the LEDC, the lesser the risk.