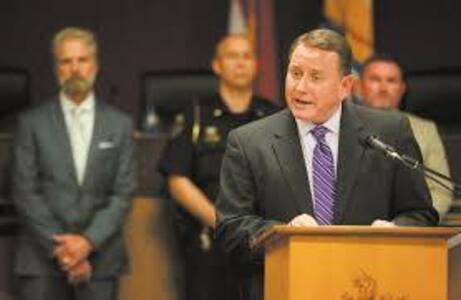 As North Carolina voters, we are deeply concerned about your recent subpoena requests for massive amounts of my state's voter data. Your actions on behalf of ICE, which has itself failed to demonstrate why they want this voter information and what they would do with it, amount to an overreach clearly designed to disenfranchise and intimidate voters and disrupt the administration of our impending elections. Delaying these requests don't hide that intent nor change the ultimate impact.

We, the North Carolina voters, demand your office revoke these subpoenas and end these outrageous requests altogether.

Donald Trump has already attempted to use the lie of voter fraud to intimidate voters with his now-defunct commission. Now his administration is using United States Attorney for the United States District Court for the Eastern District of North Carolina Robert Higdon, an appointee of President Donald Trump, to issue subpoenas on behalf of U.S. Immigration and Customs Enforcement (ICE), requesting massive troves of voter data from state election officials and 44 North Carolina counties. ICE has no role in election administration and this request is clearly designed to intimidate Black and Brown folks in the state, and bury North Carolina’s election officials in paperwork.

This massive request would require our elections officials to produce millions of documents, including sensitive voter information — all with weeks to go before elections begin. As State Board of Elections and Ethics Enforcement attorney Josh Lawson told the assistant U.S. Attorney handling the case, complying with these requests will make it difficult for county officials to prepare for the approaching general election. This request also continues in the tradition of intimidation and bad faith bureaucracy that has become increasingly common in North Carolina.

In response, the N.C. State Board of Elections and Ethics Enforcement has voted to fight back — giving the N.C. Attorney General Josh Stein the green light to challenge this excessive federal overreach designed to interfere with our state's elections and intimidate voters.