To: Senate and House Armed Services Subcommittees on Personnel, Health and Disability 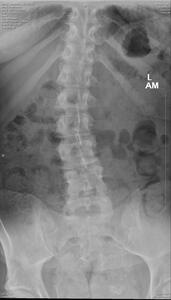 A CNN review of data provided by the Pentagon and Department of Veterans Affairs reveals the stark reality that black service members are less likely to become officers and, as a result, are MORE LIKELY TO BE SERIOUSLY INJURED SERVING THEIR COUNTRY THAN THEIR WHITE COLLEAGUES.

The mortality gap between blacks and whites in the US has been well documented, but there is still considerable debate over why the gap has remained so large and why it has persisted over the last century. This column explores these questions using unique data on black and white Civil War veterans to measure one of the earliest known incidences of PHYSICIAN BIAS AGAINST AFRICAN AMERICANS. It shows that PHYSICIAN BIAS had large effects on INCOME AND LONGEVITY of blacks relative to whites and considers the ways in which doctor attitudes STILL CONTRIBUTE TO THE RACIAL MORTALITY GAP TODAY.

The war in Congress over rape in the military, explained By Emily [email protected][email protected] Jun 8, 2016, 11:10am. Sexual assault is a huge problem in the US military. And for many victims, the process of reporting their crime and seeking justice can be as traumatic as their assault.

The US Senate is expected to vote this week on the Military Justice Improvement Act (MJIA). Advocates, who have been pushing for the MJIA since 2013, say the reform would make the process of prosecuting sex crimes a lot easier and smoother for victims and help victims feel more empowered to come forward and report the crimes against them.

On or about October 28, I spoke with yet another Black Woman Veteran that was not only the victim of Military Sexual Trauma (MST) while serving her country, but the victim of systemic retaliation after reporting her rape. She was involuntarily separated from the military and forced to repay all enlistment bonuses.

Homeless female veterans: Out of sight, out of mind Angela M. Rogers, November 18, 2019
UNIVERSITY PARK, Pa. — Female veterans are the fastest growing demographic among the homeless population in the United States and face a double hurdle of distance and invisibility in getting the health services they need from the U.S. Department of Veterans Affairs, according to research conducted by Penn State graduate student and U.S. Air Force veteran Elizabeth Elsea.