COVID-19 is a death sentence for the people inside D.C. Jail & Halfway Houses #DecarcerateDC NOW 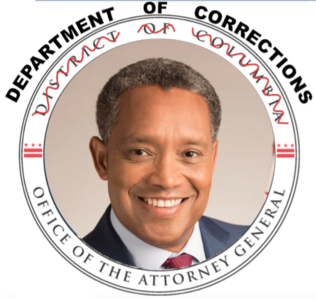 On March 11, 2020, Mayor Muriel Bowser declared a public health emergency and issued an order identifying COVID-19 as an imminent threat to the health, safety, and welfare of D.C. residents. Ten days later, Attorney General Karl Racine proclaimed to the nation that “in [these] ever-challenging times, prosecutors must stand up for the human dignity and constitutional rights of those in custody who are too easily forgotten.” Yet, for the roughly 1,600 people at the D.C. Jail where the virus has been spreading rapidly, Racine has done absolutely nothing.

Public health officials have repeatedly warned that the only way to flatten the curve and to save countless lives is to immediately release incarcerated people. The D.C. Jail is no different. Most of the roughly 1,600 people trapped inside are awaiting trial and presumed innocent. Several are serving sentences for petty and other non-violent offenses. Many have pre-existing medical conditions that make them particularly vulnerable to the virus, while others are elderly and frail. Today, each of them is facing the possibility of a death sentence.

1) Exercise their authority to decarcerate the D.C. Jail.

2) Stop defending the Department of Corrections campaign of lies and instead tell the public the truth regarding the nightmarish conditions inside of the D.C. Jail.

3) Stop blocking defense lawyers’ subpoenas for video footage from inside of the jail. Videos do not lie and will document the DOC’s abuse and recklessness. Attorney General Racine should immediately authorize an independent public health expert to enter the D.C. Jail to assess and monitor the conditions of confinement unannounced while the jail is being rapidly decarcerated.

4) End the culture of torture at the D.C. Jail. The current lockdown has human beings trapped in cages for 23 ½ hours a day. Everyone should have access to proper medical care and supplies to help slow the spread of COVID-19 while the jail is being rapidly decarcerated.

From the moment the Mayor declared a public health emergency, defense lawyers have filed hundreds of motions in D.C. Superior Court demanding the release of their clients. Despite the flood of motions, D.C. Superior Court judges continue to operate as if business is usual. Rather than acknowledge the life or death circumstances at the D.C. Jail, judges are callously denying bond review motions and continuing to detain countless individuals. While the judges quickly shut down courtrooms to protect their own health and well-being, they have refused to show this same level of concern to the people whose lives hang in the balance inside of the D.C. Jail. With each ruling, the D.C. Superior Court judges are reinforcing a clear reality that Black and Brown people have long known: courthouses are a place where the lives of some are valued and the lives of others are not.

But it is not only judges whose inaction risks the lives of everyone at the D.C. Jail. Attorney General Karl Racine has also made clear where he stands on the issue. Despite his self-serving, political rhetoric of being a “progressive” prosecutor, Racine’s actions show that he is nothing more than a politician who says one thing but does another.

When the global health pandemic first started to impact the United States, Attorney General Racine authored an op-ed and signed onto a public letter creating the guise that he actually values the lives of incarcerated people. He wrote, “[Prosecutors] should use their discretionary authority to decrease the number of people in jails and prisons by immediately limiting the number of people prosecuted and unnecessarily detained pre-trial.” He urged all jails to “[p]rovide free soap and CDC-recommended hand sanitizer, increased medical care, comprehensive sanitation and cleaning of facilities and other safety measures.” He went on to say that jails should “[use] individual quarantines . . .rather than harmful practices like solitary confinement or generalized lock downs.” It is now clear that at the time he wrote these words, he never imagined he would one day be held accountable to ensure that these conditions were in place in his own backyard.

On March 30, 2020, the Public Defender Service for the District of Columbia (PDS) and the American Civil Liberties Union for the District of Columbia (ACLU) filed a federal class-action lawsuit against the Department of Corrections. As evidenced by declarations attached to the complaint, the men and women at the D.C. Jail are being held captive in conditions that amount to torture. Despite the spread of this highly contagious and deadly virus, the DOC is not providing proper medical care and ignoring the desperate cries for help from the sick. The DOC has locked everyone in their cells, often with two people in the same cell, for 23 ½ hours a day. As if this was not horrific enough, the DOC has refused to provide hand sanitizer, basic cleaning products, or even adequate amounts of soap, so people can try their best to protect themselves from a virus that may kill them.

Conditions in the jail are so brutal that the union representing the correctional officers who work there are supporting the ACLU’s lawsuit against their own employer, the DOC. According to the union’s attorney, “The DOC management has created an unconscionable public health crisis, and almost certainly guaranteed and accelerated the rampant spread of COVID-19 within the DOC facilities and the communities in which the staff live.” The people trapped at the D.C. Jail are watching and waiting helplessly for the day when their own bodies are ravaged by its symptoms.

As the Attorney General for the District of Columbia, Racine’s office represents the Department of Corrections in this suit. Right now, Racine has the opportunity to rise to the challenge and ensure that the DOC complies with his own public proclamations. Instead, Racine is exposing himself as an opportunistic and hypocritical politician.

The cowardice of D.C. Superior Court judges and the hypocrisy of Attorney General Karl Racine are no longer just ugly character flaws, they are obstacles endangering the lives of everyone held at the D.C. Jail. We demand that the people of the D.C. Jail be freed. We will not forgive and history will not forget.