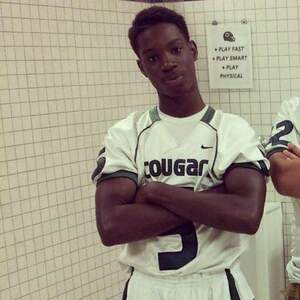 David Joseph, a 17 year old African American child, was killed by Officer Geoffrey Freeman, who is also African American, after police were called about a “disturbance.” Just before 10 a.m. dispatchers informed Freeman that there was not a weapon on the scene. As Freeman engaged, a clearly upset and disrobed David, he began to run. Freeman shot David in the leg and the chest. David later died on the way to the hospital. He was unarmed and completely naked, but still posed enough of a threat to be shot by a police officer of ten years.

Officer Freeman should not work for the Austin Police Department, or for any other law enforcement agency. Officer Freeman has illustrated that he was incapable of de-escalating a situation where a person is distressed, unarmed and unrobed. Chief Acevedo stated in an interview in March 2016 that “Officer Freeman . . . served honorably. But based on this set of circumstances we don’t believe he needs to remain in this department.” David was clearly frightened and needed help and he received no protection from the police officer who could have saved his life.

We want Chief Acevedo to be a man worth the trust and respect of the people. The Chief has already stated that Officer Freeman should not remain in the department. We want to keep Chief Acevedo honest, and keep the man that killed an unarmed and naked, 17 year-old- child, off the streets.

Chief Acevedo has publicly inferred that Officer Freeman should not be employed by the Austin Police Department. Ms. Ketty, David Joseph’s mom, and family deserve to feel safe knowing that the man that killed their beloved David will not be wearing a badge in Austin or hopefully anywhere else. If the community is to trust our police department then our Police Chief cannot rehire an officer that he himself acknowledged should no longer be a police officer. Why would a community trust a police officer that has taken the life of a child in the community to protect and serve them? Even greater, why would the community trust a department that cannot stand behind its own decision-making? It is imperative that Chief Acevedo begin the healing process for the community as the leader of the Austin Police Department by making sure that Officer Freeman does not receive his job back. We are standing for and with against David Joseph, and his family, against the rehiring of the man that killed him. Lets show the Chief and APD what community wants. Please sign this petition to show your support for David Joseph and his dear family left behind.