To: Stand against the President's verbal abuse of Black women 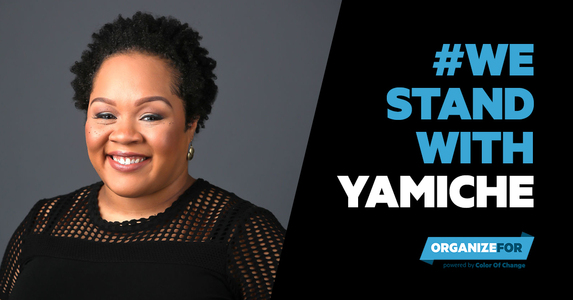 Last week, President Trump attacked yet another Black journalist for asking questions about his handling of the current COVID-19 crisis. PBS NewsHour reporter, Yamiche Alcindor, was asking Trump about his previous statements about the pandemic at his daily press conference when he interrupted her, telling her to “be nice” and to stop being “threatening.” Trump's comments invoke racist, sexist stereotypes and recall past incidents in which he has cast Black female reporters as “stupid,” “a loser” and “racist.”

Sign this petition if you reject the president’s harassment of Black women journalists who have the right to push the White House for truth and transparency.

Verbal abuse of Black women by the current president has reached epic proportions with professional Black women asking legitimate journalistic questions being referred to as "nasty" and "threatening", their competence constantly impugned in a familiar misogynistic pattern geared to silencing them. The characterizing of Black women as "threatening" or or their questions as "nasty" utilizes popular racist and sexist stereotypes of Black women which are meant to question their professionalism in the presence of presidential incompetence. When Trump uses racist, sexist intimidation to reinforce a hierarchy that assumes Black women should not even be present in the room, we can be sure that others will follow suit. We must fight against the barriers to access that Black women have fought and continue to fight so hard to win.

We call on the media to take a position against this daily abuse which not only berates journalists like April Ryan, Abby Phillip and Yamiche Alcindor but has implications for how Black women are seen and treated in other workplace, public and private situations and how all journalists are disrespected on a daily basis. We must defend the Black journalists who are willing to put themselves on the line to press for the truth. Sign now to show #WeStandWithYamiche.