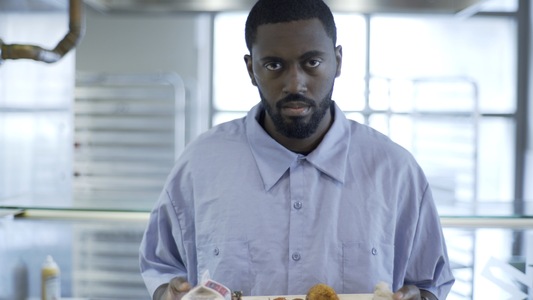 Set free Fate Vincent Winslow, a man serving life with hard labor without parole for $20 worth of marijuana.

Three months later, Winslow was found guilty of selling a Schedule I Controlled Dangerous Substance. Another three months and the sentence lands: life imprisonment at hard labor with no chance for parole. Winslow will now die in prison for being tricked into selling $20.00 worth of weed to a plainclothed undercover cop in Louisiana, the world’s prison capital.

When asked about his sentence Fate Vincent Winslow responded, “life for two bags of weed...people kill people and get five years”.

Winslow’s case is one of the most egregious for marijuana violations, but it’s far from an anomaly. The Louisiana Prosecutor who handed Winslow’s case, Prosecutor Brown, views Winslow’s case as a major victory in what he calls “pro-active law enforcement”. A system that uses lesser crimes to lock up people whom he, and other Prosecutors, assume to be guilty of more violent crimes. This goes completely against the way the criminal justice system is supposed to work.

Fate Vincent Winslow is currently serving life in prison for a very minor offense, selling weed, a substance that is now legal or at least decriminalized in many states, and something that White people do often without facing any repercussions. Winslow, according to Prosecutor Brown, is also in jail for being suspected of committing other crimes, which there is no evidence of.

Fate Vincent Winslow, a 47 year old Black man who was homeless at the time of his arrest is another victim of the unjust criminal justice system that is strategically used to over incarcerate the Black community.

Join me in demanding that Fate Vincent Winslow be freed!

Winslow wrote about life in prison stating that “there is no life in prison. Just living day by day waiting to die in prison”. Winslow does not deserve to spend another day in prison, we demand that he be freed!

"Life's most persistent and urgent question is, 'What are you doing for others?"
-Rev. Dr. Martin Luther King, Jr.