To: US Attorney General 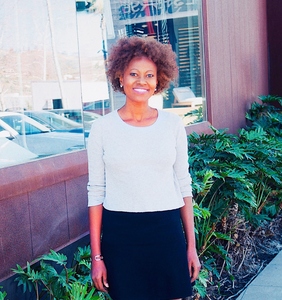 in the past, BLACKS could NOT own Property. Then, when the laws appeared to change, the BANKS RED-LINED Ownership.

Now - the City Governments are Creating FALSE CASES to take BLACK PROPERTY OWNERS and ILLEGALLY TAKING their Properties. In the case of Ms. Kihagi, the smear campaign that represented her as Black Slumlord is so far from the truth. Yet - knowing most people would NOT get past that PR Machine - the City derailed the Truth.

The San Francisco City Attorney made more than 20 misrepresentations to the Court with full knowledge of the actual facts.

This is total abuse of power - and should be stopped! In fact, the TRUE MOTIVE for such conduct was to RACIAL DERAIL a successful, black landlord. More than $25million is at stake. It is clear that the 2 major cases in San Francisco have been against successful, BLACK Landlords - is this a Coincidence?

They spent over 70% of their resources fighting one lone, black landlord and lied to the public that she was a slumlord. Yet the BUILDINGS are in better condition than 90% of S.F. Condo. EYES DON'T LIE.