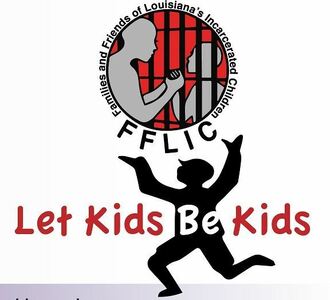 Please support SB 465 for a supportive and safe school environment.

SB 465 is a recreation of Senate Bill 67 that received bi-partisan support in 2011, was supported by 17 of the current Senators and was unfortunately vetoed by Former Governor Bobby Jindal. SB 465 provides solutions based on recommendations from a Board of Elementary and Secondary Education Task Force that was established by SCR 101 of 2010 and will increase opportunities for students and reaffirm schools’ commitment to keeping children in school by using alternatives to suspension. Alternatives such as Positive Behavior Interventions and Supports, are not only more effective discipline methods, but they also result in higher attendance rates, improved student behavior, higher academic performance, and more positive overall school climate.

Willful disobedience was the number one reason for suspensions for all grades.

SB 465 provides solutions to this problem based on recommendations from a Board of Elementary and Secondary Education Task Force of 2010 and findings of the ACSBD of 2016, which would:
1. Adds restorative justice and positive behavior interventions as alternative methods to be used in lieu of suspension
2. Remove the requirement that a parent-teacher conference must take place prior to the student being readmitted after he or she has been removed for the third time, and allows for that conference to take place after the return of the student
3. Requires that districts, in consultation with key stakeholders, create guidelines for reducing suspensions for “willful disobedience” not later than April 1, 2019
4. Decreases the number of days a student can be suspended out of school for minor disciplinary infractions
5. Limits school suspensions to no more than 10 days if a student is awaiting an expulsion hearing.
6. Requires school boards to publish student discipline policies and other related information on their websites

While disruptive students should face consequences, we need to ensure that those consequences are the most beneficial and effective for our children. Currently, schools are relying on out of school suspensions, which is an “easy-way-out” approach for both the troubled student and the school official. This legislation seeks to improve the way we handle children and to foster safer and more supportive school environments that allow children to thrive.